If the phrase “line-rate packet processing from a software switch on commodity hardware” makes you raise an eyebrow, then you should watch this video.

This is Maxim Kharchenko, co-founder of Cloudozer and author of Erlang on Xen. He’s developed a piece of software called Ling, which tremendously improves the performance of the software defined switch LINC. For those in the know–like Infoblox CTO Stu Bailey (who conducted this interview)–it’s a huge development. They’re calling the project LINCX.

Stu commissioned me to shoot and edit this video for his keynote address to the 2014 Erlang User Conference in Stockholm. Software defined networking has been a topic of interest for him for quite some time. He’s recruited me to help him spread the word, both through Infoblox and FlowForwarding.org, an organization focused on enabling SDN on an industry-wide scale.

For those who aren’t involved in the networking industry: this is the longest video piece I’ve done to-date. I challenged myself to make this video engaging for someone not familiar with the material. If you’ve got the time, please watch–and leave comments if you’d like. I welcome feedback.

I’d like to introduce you all to the Flow Forwarding Rhino: coming soon to a network near you.

Flow Forwarding and the Rhino you see above you are just one small part of the software defined networking movement growing in the computer industry.

The Hardware Defined Network is an ecosystem that sells hardware — switches, routers, firewalls, load balancers, WAN optimizers. These products may have different names, but there’s no substantive difference in their underlying technology or function.

Increasingly I find myself at the center of a network of very powerful computers: my phone, my iPad, laptop, desktop, etc.  All sorts of devices we own have some kind of microprocessor in them, busily tracking our virtual comings and goings, encouraging us to connect in some other way with the myriad of other networks out there. Even your average household appliance is now being equipped with computational power: this Samsung refrigerator, for example.

You may not need your refrigerator to run apps at this point–but if you do, it’s available, because computer processing power is incredibly inexpensive.  Quite simply, it’s cheap to slap an Intel chip into any appliance.

The ready availability of such massive processing power was unfathomable when people first started imagining computer networks.  Most of the basic notions governing the way computers exchange information are, in fact, based on ideas developed for transmitting Morse code over telegraph wires. ((For an excellent explanation of this, I recommend the book Code: The Hidden Language of Computer Hardware and Software by Charles Petzold.)) Think about that; all of our amazingly powerful computers talk to one another via processes and protocols with their roots in the 19th Century.

Many people believe that this no longer need be the case.  Companies like VMWare have introduced us to the idea that any piece of computer hardware can be replicated by software. An increasing number of Silicon Valley insiders – like Infoblox CTO Stu Bailey – are saying that it’s time to apply that to networking.

For many, the idea that there is no difference between a router and a firewall is as ludicrous as thinking that there is no difference between a refrigerator and a stove. But, when it comes to computers, it’s true. I’m no computer scientist, so I will not be able to explain this in technical terms.  But let me see if I can explain it using kitchen appliances as an example.

Most of us have toasters.  Toasters are designed to do one thing only: make toast.  You could, perhaps, make toast many other ways in your kitchen, but because your toaster is inexpensive and efficient, you can afford to have it be an independent device.

Imagine for a moment that your toaster is easily capable of heating your entire home. And, if you know how to use it right, it can also cut your grass, clean your gutters, and make sushi. To complete this thought, now imagine that every appliance in your kitchen–stove, fridge, coffee maker–is an equally powerful and adaptable machine.

This is essentially what’s going on in networking today.  Giant companies sell multi-purpose machines, capable of computing feats that a mere 10 years ago seemed like science fiction, to other giant companies – and insist they are only able to make toast.  There are roomfuls of these machines in every corporation taking care of the drudgery of getting bits of information from one place to another.  Most of their potential remains untapped; and a good portion of the established computer industry wants it to stay that way.

Bailey–and others who think like him, including the Open Networking Foundation–are working to unleash this untapped potential.  The Flow Forwarding Rhino is part of this larger movement. And here, at last, is where design comes into play.  Remember the “Intel Inside” campaign? 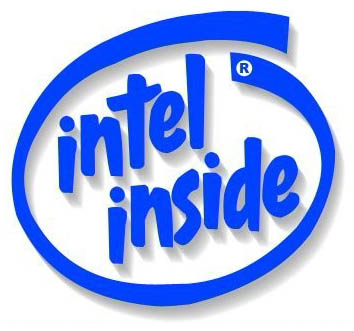 Flow Forwarding is a little like that Intel chip within another company’s computer.  We branded FF specifically to show users and programmers that Flow Forwarding was powerful and reliable enough to be part of the larger networking landscape to come.

The FF Rhino is probably never going to appear anywhere on a product that your average consumer will buy–and that’s OK.  That’s really not its job. But we’ve invested the time and thought into making sure that the Rhino has the communication tools it needs to take it as far as it can go.  And, where computers are concerned, it seems that we are just getting started.